The Unexpected Guest: Will You Pass or Fail the Test?

It is my prayer that this email finds you in great strength, encouragement and an abundance of joy which will get you through another great week! Sure, I used the word “another” when last week was one interesting and challenging week for me. I was sick for the majority of last week with the chills, then sweats, headaches and more. Then I was faced with a spiritual challenge of a woman who entered into my office claiming to want to invite me to be a part of her event only to try to intimidate and break my spirit (which did NOT happen) and to top it off I was unable to travel to DC to attend Steve Harvey’s Act Like a Success Conference.

But even in the midst of the trials I faced on last week I still identify it as a great week. Here’s why: (1) Because I made it out! Hallelujah! (2) I learned that I am a lot stronger spiritually than I thought I was because although I was highly disrespected in my office I did not allow what the woman attempted to do to enter into my heart. But instead I was filled with the love of God and actually felt very sorry for her to the point that I began to minister to her. That’s right! Her planned attack turned into a ministry moment for her! I ended up with her in my office for over 2 hours and by the end of our meeting I (by the grace of God) had turned her nasty (defensive) attitude and judgmental spirit to one of her saying, “Carla, you are indeed the truth!” LOL I know it sounds comical but initially she flat out told me that she thought I was fake and that all the things I was doing on social media was one big fluff. When she said that I immediately burst out laughing and said, “Are you serious?” She sat there, “straight faced” and said, “Yes.” I then said, “Well darling, I am indeed real about what I do for the Lord so what you see is really what you get!”

I turned that sour moment into one of laughter and I began to find out this was her first event and I began to share wisdom with her concerning things she could do from a professional standpoint. I went as far as  sharing my resources and wisdom with her in which she was very receptive. (But who wouldn’t take free information right? HA!) As she sat in my office all I kept hearing was the scripture that reads, “By loving kindness have I drawn thee”. So obviously this sister had been hurt by women in ministry and was still carrying church hurt in which we dealt with some of it while she was here and I believe her perception of me may have been formed by the thoughts or opinions of others. But guess what? What other people think about you is none of your business!

When she left I flopped in my chair now feeling spiritually drained and said okay Lord that’s why you wouldn’t allow me to come out of prayer this morning when I wanted to. I laughed, got on the phone and shared the experience with my Mom, she praised Jesus that “Cece” (the old me) didn’t show up. We laughed; I hung up then went back to work as if nothing had ever happened.

(this is exactly how I felt after she left my office! Spiritually drained because there was some warfare going on in the spirit!)

WHAT’S MY POINT? In the midst of all we face in life it is up to us how we allow things to affect us. We may not be able to control what happens to us but we can control our response to it. We reside in society where everyone is “reacting” versus “responding”. Your reaction is what you do on impulse. But your response is what you do once you have carefully considered all facts and details.

Women and men who are wise know the importance of being slow to speak but quick to listen and slow to judge yet quick to forgive. This is the motto I live by and I admit it is not always easy. Sure, when that woman appeared in my office rude, uptight and with a judgmental spirit (which she admitted to), I instantly had to make a decision whether I was going to allow “Cece” to come out or  remain“Carla” the professional and woman of God who rules, reigns and dominates over the spiritual wickedness that had entered into my office on this particular day.

Which do you think I chose? Absolutely! I chose the latter because one thing I’ve learned in life is we can’t control what people say about us but we can control whether or not we add more fuel to the fire by giving them more to talk about. This is why I decided to go the extra mile with her because how many times has Christ gone the extra mile with us? How many times have we been stubborn or did things that offended God? So although her spirit was off I couldn’t allow her to “infect” me by causing me to act out of character.

Ok, I promise you this is not what this blog was supposed to be about lol I was coming to talk with you about the secret to success which I read in an article about Dr. Phil and how Oprah started out as his lawyer, and she then invited him on her show and he became well known across the world instantly due to that one platform. I guess I had to get some things out first (smile). How about I save that story for tomorrow! Join my email list by going to www.CarlaCannon.com and you will receive the story directly to your email on tomorrow!

I like to share my experiences with those who are in my “tribe” (as Motivational Speaker, Lisa Nichols puts it) to expose you to my world and how I choose to handle things. Now, don’t be alarmed I had already warned the lady that I was going to write and talk about this experience because too many women “size up” other women and in doing so they miss out on great personal and/or professional relationships because upon meeting they entered in the wrong spirit and attitude. She laughed when I told her, but I assured her I was “dead serious”. HA!

So, what can you take away from this story:

– Begin each day in prayer, meditation & studying the Word of God

– Never allow someone else’s issue to become your issue.

– Do not take personal attacks personally.

– The love of God conquers all

– You were created to rule, reign and DOMINATE!

– Do not allow evil spirits to intimidate you

– Never react to situations but respond to them

As you go about your week know that you are indeed a force to be reckoned with! I believe the Holy Spirit wanted me to share this story with you to help strengthen you as well and to bring you into higher accountability. As Christians it is truly time for us to walk the talk and do so rather quietly. How we do what we do should speak the highest volumes without us ever having to open our mouth!

Be blessed, remain encouraged and allow no one to tell you who you are for that has already been established in Christ! 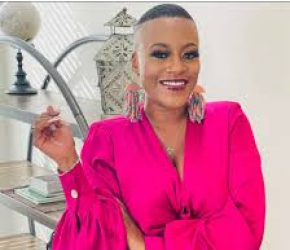 Carla R. Cannon-Lawrence, The Trailblazer is a Spiritual Life & Business Coach who helps women heal what’s still hurting, discover their authentic voice & awaken the “trailblazer” within! Her passion derives from her personal experiences which she now uses to help UNLOCK, UNLEASH & ACTIVATE greatness, healing & transformation within others!

Carla R. Cannon-Lawrence, The Trailblazer is a Spiritual Life & Business Coach who helps women heal what’s still hurting, discover their authentic voice & awaken the “trailblazer” within! Her passion derives from her personal experiences which she now uses to help UNLOCK, UNLEASH & ACTIVATE greatness, healing & transformation within others!

This site uses Akismet to reduce spam. Learn how your comment data is processed.