Have you ever felt like giving up & as though you were at the end of your rope & you absolutely, positively couldn’t take anything else? You felt as though the next lie would kill you, the next trial, the next break up, the next person that rejected you, the next individual that walked out of your life…just trials overall would simply make you lose your mind. Well, I come to let you know you are not alone for many of us as believers have been there & I can speak very candidly in this area where it pertains to my own life.

In my 27 years on this earth I have had many odds that have been against me. As a child, I was diagnosed with ADHD (Attention Deficit Hyperactivity Disorder) and was constantly pumped with medication such as Ritalin (medication that is supposed to help children/adults to control the ADHD, & help them remain calm & keep them from bouncing off the wall basically). I use the word help very lightly because truth is it didn’t help me but made me into a zombie & I literally felt like a crack addict. It made me paranoid, constantly itching, & made me walk funny. I also had to go & visit a therapist & I even remember her name, Ms. Simon Thomas at the Pitt County Mental Health Facility. The things they had me doing really made me think I was crazy & not normal & for many years Satan spoke that unto me so I know I was supposed to be admitted to a mental institute…BUT GOD!!

I used to always get in trouble in school.  I remember feeling the need to have to take up for myself for I would talk back to the teacher, was always picked on & had to learn to take up for myself. I often would fight my mom and even tried to hurt myself on many occasions. I had a lot of issues at a very young age. The man I had believed to be my father majority of my life was constantly in and out & this went on for years. I was abused by my step-father as well as witnessed him abuse my mother both physically and verbally. I remember witnessing a fight between my stepfather & my sister in which she threatened to kill him because he hit her & she went to bed with a long knife under her bed & as a result my mother moved her out of the home and sent her to live with her father. That was the end of my relationship with my sister, & we barely talk even to this day because she ended up gaining close relationships with her cousins on her father’s side of the family.

I got pregnant my senior year in high school, had to attend summer school to get my diploma. I was so off the chain, that the principal of the high school called me into her office and said I would let you walk with your fellow classmates but I am afraid of what you may do when you get on stage. Lol I can laugh at this now but I know that I was very unpredictable in my youth, no one ever knew what I would say or do at any given moment because boldness was definitely a trait of mine!

Long story short, as I grew older I encountered other issues as well. I wrestled with anger, un-forgiveness, rejection, lust, homosexuality (for 5 years of my life), and attempted to commit suicide many times.

Satan has been trying to terminate my life since day 1 and he started in my childhood, and hasn’t stopped. I remember falling asleep on the hwy once and drove 200 feet off the road (calculated by the deputy) in the midst of trees and never hit not one nor was I injured. God has truly had His hand upon my life from day one.

Well, you may ask why am I sharing all of this & what does it have to do with maximizing your authority? I’m glad you asked. In life, I have learned the sooner we realize that it is Satan we are fighting and not people then the way we fight will change. Also, when we come to the realization that the battle is not ours but it is the Lord’s then we will tap into our spiritual gifts such as praying, praise & worship, activating our faith and believing that God is going to see us through although what we see in the natural temporarily doesn’t fit what we are believing God for.

Finally, I want you to think back over your life & recall all the Lord has delivered you from & brought you out of. Now think of your current situation for a moment (just a moment) and I want you to ask yourself, ‘If God could do all of that then surely He can handle all of this!!!!!!’

So maximize your authority on today! Know who you are in Jesus and that you don’t have to settle for less because His best is already stored up and waiting for you. So tap into a greater level of relationship with God and prepare yourself to obtain His promises! 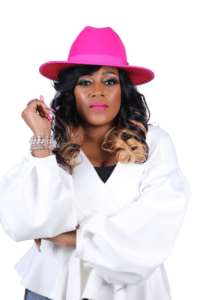 Carla R. Cannon, The Trailblazer is a High Performance Coach & Trainer who educates women on how to package their brilliance to bankroll their business while getting their message to the masses! 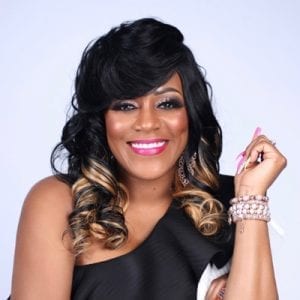 Carla R. Cannon also known as The Trailblazer is indeed one of God’s Moguls in the making. With her eloquent yet transparent approach, bubbly personality and contagious spirit, she is committed to empowering global women from the pulpit to the marketplace on how to operate authentically and un-apologetically in their divine calling with a spirit of excellence.